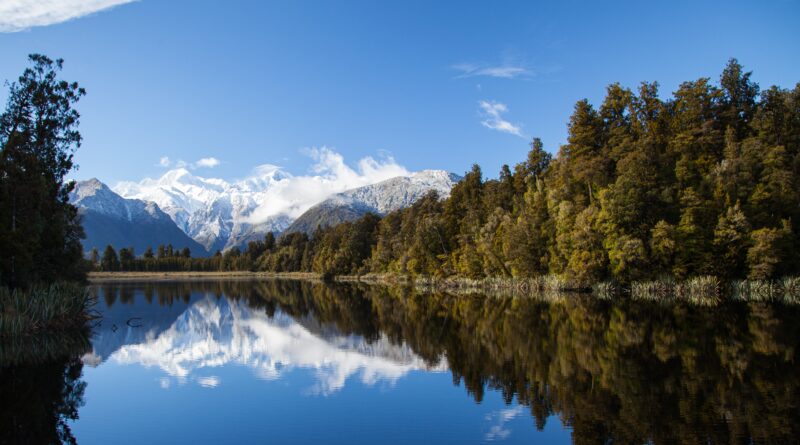 The Cook Island is part of New Zealand. It’s 15 islands are dispersed over a vast area. Rarotonga is the largest island and it is the home of Avarura the national capital and rugged mountains. Muri beach, One foot island, Southern cook island, Te-vara-nui village are some places you must visit. Cook Island is one of the coolest up-and-coming travel destinations you need to visit in 2021. and trust me this place is going to blow up.

Bhutan has been my number one bucket list country for a very long time and 2021 is the year that I want to make that happen and there’s a couple of reasons for that. Bhutan is a small buddhist kingdom in the himalaya. and it’s bordered by India, China, Myanmar, Bangladesh and Nepal.

The main attraction of Bhutan is their cultural heritage and sites like the Tiger’s Nest not to mention countless other beautiful buddhist monasteries; there’s no reason why Bhutan shouldn’t be on your 20/21 bucket list. Here are an another interesting fact about bhutan that is Bhutan doesn’t measure their country’s GDP they actually measured gross national happiness and by 2021 the country aims to be the first fully organic country in the world and with two-thirds of their population as farmers if futon can reach that goal of being fully organic it’s going to set an amazing example for the rest of the world.

This rugged and diverse island nation sits to the east of the Asian continent in the Pacific Ocean and is home to the unique and fascinating cultural legacy of the Japanese. known internationally for its delicious cuisine, traditional culture and futuristic capital city of Tokyo Japan  is a must visit in 2021.

The Netherlands often mistakenly called Holland one of its most influential provinces that essentially ruled the country up until the 1600s is one of the coolest countries in Europe, also the Dutch are the tallest people in the world if you haven’t been to Amsterdam then you are really missing out. It’s one of the coolest cities on the European continent.

Queens canal houses bicycle-friendly, probably one of the most bicycle-friendly places in the world, not to mention the freedom to consume things in coffee shops if that’s what you’re into, no judgement but apart from the freedom to enjoy yourself. It’s also home to some of the best museums in the world like my favorite the Vincent van Gogh Museum and the Rijksmuseum. So if you’re into 16th century Dutch landscapes or the gems of the Impressionist era this is the place to visit.

Now this North African country, It is one of the most interesting places I’ve ever been it’s a safe and welcoming Islamic destination with unique cultural blends of Africa the Middle East and Europe with snow-capped mountains and the Sahara Desert not to mention countless miles of incredible coastline with really really good waves and Delicious food plus welcoming locals it is one of Africa’s most incredible destinations.Marrakesh is also the African capital of culture for 2021. It’s the first in a new program designed to highlight the rich cultural legacy of the African continent. Did I already mention that the food is absolutely delicious so make sure to visit Morocco in 2021.

Now jolly old England is actually much more than just England the United Kingdom is actually the United realm of the kingdom of England Scotland Wales Northern Ireland and the Isle of Man that’s where the name the United Kingdom comes from. It’s a timeless destination with so much to see and explore. I’ve visited a few times and I always want to come back.

So if you’re thinking about a big adventure for 2020 I would suggest you think a little bit more about climbing Mount Kilimanjaro. apart from this world-famous mountain Tanzania is home to the Serengeti as well as many other national parks that are home to Africa’s big five the a game that you go to the zoo the seat are actually roaming wild in Tanzania, and it’s much more incredible to see these animals roaming about in their natural habitat. if you want to do a safari and chill I’d recommend flying into Kilimanjaro Airport going on safari either in the Serengeti or in the in Goro Goro crater area and then hop in a flight over to Zanzibar and mafia’ the tropical islands right off of the coast of Tanzania that’s actually where you get the name Tanzania from Tanganyika which is the name of the mainland and also a large lake there and Zanzibar so Tanganyika Zanzibar together Tanzania.

Ireland is one of my favourite travel destinations period. I absolutely love the Emerald Isle. every single time I’ve visited Ireland I haven’t wanted to leave there’s just something so magical about the place it’s so green, leprechauns exist, the music is incredible the people are friendly the pints are always being filled rugged coastlines rolling green hills quaint villages and some of the friendliest people on earth. What more could you ask for? How about incredible seafood and some whisky? Well, that’s a great idea. I think they have another reason to visit in 2021.

I love Costa Rica. it’s one of my favourite countries on earth and the reason it makes the list here in 2021 is because in the region it is one of the most stable countries not to mention its leading the way with its environmentally friendly initiatives and sustainability. it’s one of the most biodiverse countries in the world so if you’re into natural beauty hot springs, beautiful tropical beaches, black sand and whites and not to mention jungles that are full of incredible creatures that exist nowhere else on earth than Costa Rica is a country that you should definitely visit in 2021.

Slovenia is bordered by the Adriatic Sea Italy to the west, Austria to the north, Hungary to the east, and Croatia to the south and it often gets overshadowed by its popular neighbours. but this is a huge mistake Slovenia has so much to offer if you’re looking for an Alpine adventure in Europe and you want a cheaper alternative than austria or switzerland then slovenia is the place for you can in a mountain biking hiking fly-fishing the list goes on and on if you are going to visit slovenia start your trip in the capital Ljubljana and make your way through the julian alps to the town of lake bled for a beautiful glacial fed lake incredible architecture and beautiful landscapes. It’s a lot cheaper than actually doing that in Austria.

Eternal India is one of the world’s most colorful and intriguing destinations, home to over 1 billion people India’s diversity both in culture and in climate is shocking from the snow-capped peaks of the Himalaya to the deserts of Rajasthan, the beaches of Goa and the backwaters of Kerala there is something for the adventurous traveler anywhere and everywhere in India. India is a land that draws you in. It’s this beautiful organized chaos of daily life in the subcontinent. One second you’ll see the most beautiful thing you’ve ever seen and directly afterwards the most heart-wrenching but that is India.

The seventh continent, the mysterious land of snow and ice and wintry weather that is to yourself for everyone on this planet. it’s down there at the bottom. It’s one of the wildest places left on our planet home to penguin colonies, whales and a ton of marine life with many new tour operators taking travelers to Antarctica. It’s never been more accessible than now. Antarctica is expensive to get there. Getting to Antarctica is quite literally an expedition hence the operating costs being so high.

On the list is the country of Lao overlooked in a region Southeast Asia very popular with travelers from around the world. Lao is bordered with Thailand by the mighty Mekong River which stretches for over two thousand seven hundred and three miles before it empties into the ocean.it is an incredibly chill country everything moves at a much slower pace there and in a region in a neighborhood full of very fast-paced societies.

I love Spain. From world-class cuisine to world-renowned fiestas plus an incredible diversity in ecosystems the 17 different autonomous regions of Spain many of which with their own language can keep a traveller entertained for the rest of their lives, but this year switch it up don’t just visit Madrid or Barcelona there’s so much more to see in this incredible country get out and explore the less visited regions.

Poland continues to become more and more popular with international travelers because it’s way less expensive than its neighbor Germany. but don’t just visit the capital city Warsaw or Caracas which has become extremely popular with tourists. head out into the lesser visited regions of Poland you have the beautiful tatras mountains in the south and the Lake District of vaud amia and Matsu RIA in the north. Poland is very beautiful plus it was super inexpensive so if you’re looking for a good alternative to some of the more expensive countries in Central Europe then Poland is the call.

Who’s Becca stan is Central Asia’s hidden gem. It’s a diamond in the rough.This landlocked country has so much history, architecture, culture and cuisine to offer it’s a wonder why it’s not one of the world’s top tourist destinations, but chances are you probably haven’t even heard of it.

This small tropical island nation to the south of India is one of my favorite travel destinations in the world. tropical colorful full of friendly locals and delicious cuisine. It is a budget-friendly option for the adventurous traveler. Some of my  favorite experiences in Sri Lanka were going on Safari and seeing the largest herd of Asian elephants in the world taking the infamous train from Kandy to Ella and chilling out drinking tea in Narada alia. Also, the south coast near Marisa has incredible beaches with great surf.

Yes it’s popular, you’ve probably seen the Lord of the Rings or The Hobbit but there’s a reason why people keep coming to New Zealand: it’s beautiful. New Zealand is a nature lover’s dream whether you’re hiking or tramping as they call it they’re fly fishing, surfing kite boards and bungee jumping skydiving. There really is a plentitude of activities to do outdoors.

The late great naturalist and conservationist John Muir once said go where we will all the world over and we seem to have been there before to the lover of the wilderness Alaska is one of the most wonderful countries in the world. known as America’s last frontier bordered by British Columbia and the Yukon Territory of Canada to the south and just across the Bering Strait from the continent of Eurasia. Alaska is one of the most incredible places on our planet. Travel farther, fail smarter and never give up peace.