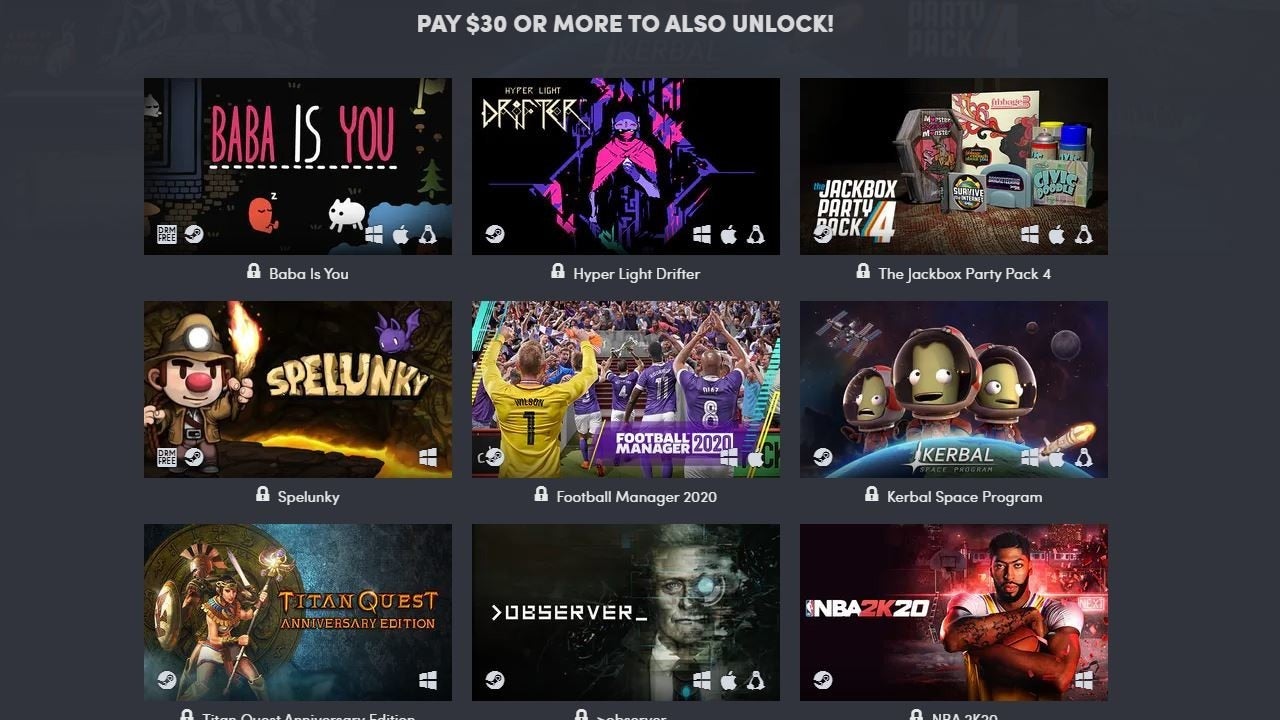 Games Network
June 17, 2020 Puneet 0 Comments
Humble Bundle has launched the Fight for Racial Justice bundle which includes over $1200 worth of games and books for $30. 100% of the proceeds will go towards various charities and organizations that support racial justice.“In the wake of the killing of George Floyd, Breonna Taylor, Ahmaud Arbery, and tragically many more in the Black community, we’ve teamed up with developers, publishers, and creators to help support organizations fighting for racial equity,” Humble Bundle wrote in a blog post.

According to Humble, 100% of the proceeds from the bundle will go towards the NAACP Legal Defense Fund, Race Forward, and The Bail Project. These organizations provide legal representation and assistance, protect and expand civil rights, and educate the public on racial injustice and slavery.

Some of the games in the Bundle includes titles like Baba Is You, Football Manager 2020, Kerbal Space Program, NBA 2K20, and BioShock Remastered. There are also graphic novels and books in the bundle such as Twelve Years A Slave by Solomon Northup, Falling In Love With Hominids by Nalo Hopkinson, and more.

The bundle will be available for one week, and codes received through the bundle are redeemable on Steam.

Disclosure: Humble Bundle is owned by Ziff Davis, the parent company of IGN. Humble Bundle and IGN operate completely independently, and no special consideration is given to Humble Bundle announcements or promotions for coverage.

Matt Kim is a reporter for IGN.