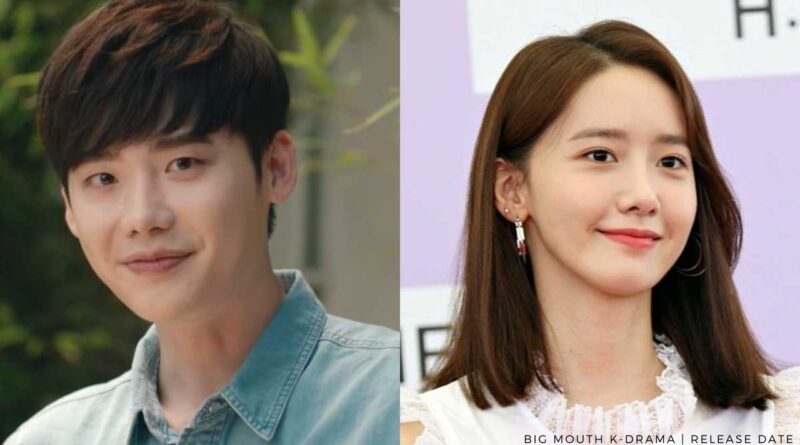 Today we will discuss the upcoming K-drama Big Mouth and it’s Release Date. This is the new drama of Lee Jong Suk. It will be Lee Jong Suk’s first show after he got released from the military service. For those who do not know, South Korea has mandatory military service for all men of the country from ages 18-28. But K-pop stars and celebrities can delay this up to when they are thirty years old. Jong Suk started his military service when he was twenty-nine years old on 8th March 2019, which ended earlier this year.

Lee Jong Suk’s new drama is directed by Oh Choong-Hwan. It is not the first time Lee Jong Suk and Oh Choong Hwan are working together. The duo has earlier collaborated in the 2017 a crime thriller Korean drama ‘While you were Sleeping’. In this drama, Lee Jong Suk plays the main lead role who worked as a prosecutor. It looks like Lee Jong Suk is again playing the character of a lawyer in Big Mouth. Continue Reading to know more about the K-drama Big Mouth Release Date.

The Conspiracy of Big Mouth

The story of new drama of Lee Jong Suk centers around the strange things that happen when a mediocre lawyer takes over a murder investigation and digs deeper into the truth. Throughout the drama, we will follow the battles fought by a lower middle class lawyer trying to protect his family, himself, and his career in a hostile world that is full of conspiracies and greed. In the drama Big Mouth, Lee Jong Suk plays the character of the lawyer Park Ho Chang.

Park Chang Ho has failed to achieve any success in his career and ultimately achieves only a ten percent win rate. For his grandiose conversations and absence of stuff, he is called a big mouth by those around him. He doesn’t make much money because of which he cannot pay the monthly rent of his office, nor he is able to pay his office manager, who is also his father-in-law. The woman who made Park Chang Ho a lawyer is Go Mi-Ho, Park Chang Ho’s wife. Go Mi-Ho was elegant and shy during her college years. She has now become extremely aggressive and rude.

The Release Date of K-drama Big Mouth is in the year 2022. The exact release date of Lee Jong Suk’s new drama hasn’t been announced yet. But it has been confirmed that the new K-drama will come out in early 2022. It’s been more than two years since we last saw Lee Jong Suk in any drama. Romance is a Bonus, which was released in 2019, was the project  Lee Jong Suk did before heading on for his military service.

Big Mouth Kdrama will be released on the South Korean Tv Network tvN. Big Mouth K-drama has a total sixteen episodes, like many other Korean dramas and will probably have only one season. The script of Big Mouth is being written by Jang Young Chul and Jung Kyung Soon. The story looks like it is going to come under a crime thriller category. We will have to wait until the release of this K-drama to find out the rest.

The cast of the story, Park Chang Ho, is played by Lee Jong Suk. He is thirty-one-year-old and he is one of the most paid actors in South Korea and he has done many hit dramas such as  While You Were Sleeping, W, Pinocchio, and so on. The female lead actress is Im Yoon Ah, who plays the character of Ko Mi Ho. Ko Mi Ho is the wife of Chang Ho in the drama. Im Yoon Ah is a popular South Korean singer and actress. Her better-known roles include Go An-na from the action drama The K2 and also Eui Joo from the 2019 comedy movie Exit. That is all about the new K-drama Big Mouth K-drama Release Date.