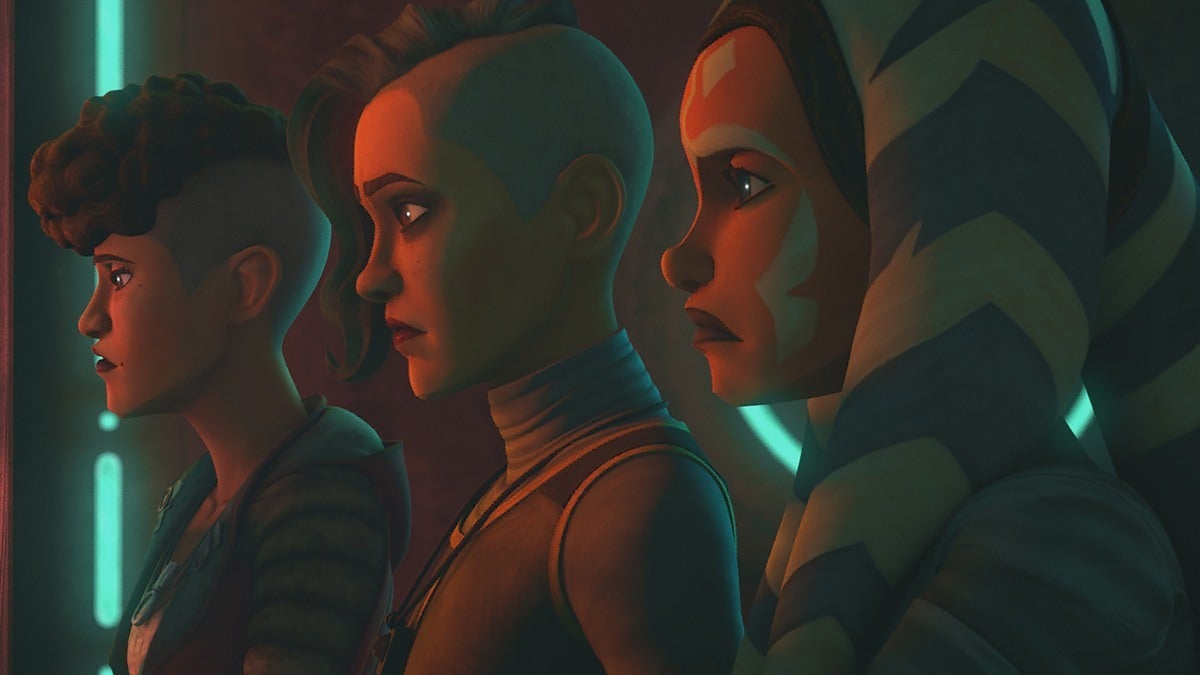 Games Network
April 3, 2020 Puneet 0 Comments
Warning: this review contains full spoilers for Star Wars: The Clone Wars – Season 7, Episode 7. If you need a refresher on where we left off, here’s our review for Season 7, Episode 6.
Watching the final season of The Clone Wars, there’s a constant tug of war between gratitude we’re even getting a proper finale after all these years and frustration over how the show is choosing to spend its time. The opening Bad Batch storyline suffered from issues with pacing and repetition, and the current arc is faring even worse in that department. As wonderful as it is to see Ahsoka Tano back in action, the series seems to be doing little more than stalling for tie until the Siege of Mandalore kicks in.After mostly redeeming itself in last week’s episode, the current arc again falls flat on its face as it attempts to further explore the dynamic between Ahsoka and the Martez sisters. Episode 5’s main flaw was a generally feeling of emptiness. It brought Ahsoka into Trace and Rafa’s orbit but accomplished little else. Episode 6 is where that relationship began to gain depth and meaning. Episode 7 isn’t entirely unsuccessful in building on that foundation, but it botches its key emotional scene and fails to actually advance the plot in a tangible way.Here’s problem #1. The scene where Rafa finally lets down her guard and recounts her tragic past to Ahsoka should be the highlight of the episode. It’s certainly a revelatory look at her origins and why she’s so willing to screw over others to get ahead in the galaxy. The fact that her origin story ties back to the beginning of the series and Ahsoka’s own struggles with Ziro the Hutt is a nice touch. Unfortunately, the actual writing leaves a lot to be desired. Rafa’s dialogue is incredibly stilted and unnatural, more like she’s reciting a monologue from a novel than actually reflecting on her past. Actress Elizabeth Rodriguez brings as much energy as she can to this material, but there’s only so much anyone can do to make dialogue like that feel organic.

As for problem #2, it’s impossible to ignore the fact that our three heroes end this episode in literally the exact same place they start. All that struggle to break out of the Pyke prison and track down Trace’s ship wind sup being for naught. It would be one thing if there was enough character development to make that ill-fated journey seem worthwhile, but there isn’t. Beyond Rafa’s ill-conceived monologue and a scene reiterating that Ahsoka isn’t one to leave her friends behind, there’s really not a whole lot to chew on in “Dangerous Debt.” At most, we get a brief glimpse of Bo-Katan and her Mandalorian commandos, a brief tease to what will surely be a far more exciting conflict for Ahsoka.That’s not to say there’s no excitement to be had during the short-lived jailbreak sequence. There’s certainly plenty of action along the way. And where the Bad Batch episodes were all about incredibly competent soldiers mowing down wave after wave of mechanical cannon fodder, there’s a novelty to the fact that these battle scenes are so chaotic and haphazard. The Martez sisters aren’t action heroes, and even Ahsoka is hamstrung by a lack of lightsaber and the need to disguise her Force powers. The result is that this episode is able to generate a certain element of danger and combine that with bits of comedy as Ahsoka does her best bumbling Clark Kent impression. None of this is enough to offset the episode’s glaring flaws or make it feel like anything other than a pointless detour, but it’s better than nothing.

Barring a miraculous comeback in the fourth and final chapter, this Clone Wars arc seems destined to go down as one of the show’s most disappointing. Sure, it’s great seeing Ahsoka back in action, but this episode does very little to build on her relationship with the Martez sisters, and it botches the one critical scene shedding light on Rafa’s past. The fact that this episode ends with the trio in literally the exact same place they started only serves to make the entire thing feel pointless.